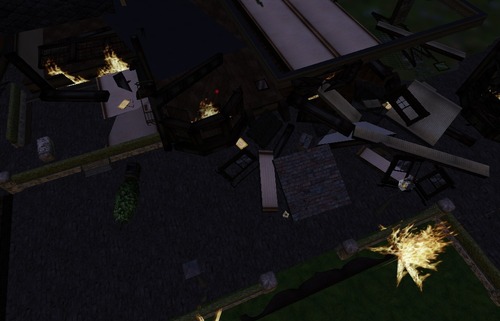 So last night was, as promised, my biggest and most explosive fireworks show ever. The opening didn’t go according to plan; I had a whole carefully programmed (pyreographed?) show to accompany Fanfare for the Common Man. And I was going to have the text spell out the well-known sentence from the Preamble to the Declaration: “We hold these truths to be self-evident, that all men are created equal,” etc. But the text launcher decided it would fire text when it wanted to, not when I wanted it to, so I finally took it back into inventory and just kinda winged it.

The downside to that was that I had way more explosives going than I wanted, that early in the program. I like to crescendo my way in with these. Start small, build up. It’s the pyrotechnician’s rule: don’t blow your load in the first two minutes. Lots of people, actually, could gain from this knowledge. I’m looking at YOU, ex-boyfriend. But I digress!

The upside to the show was, with the scope of the finale, nobody even remembers the opening number.
END_OF_DOCUMENT_TOKEN_TO_BE_REPLACED